Mike continues his recent run of international triathlon success at a hot and sunny Montreal, Canada.

On my last blog I reported on a wet, windy, and cold European Championship in Poland. This time it could not have been more different! A hot (31 degrees), sunny, and humid Montreal greeted us on Saturday 25 June for the World Sprint Distance Triathlon Championships. Luckily our event started at 0740 when air temperature was a more comfortable 22 degrees, and the water at the swim venue (the St Lawrence River) a comfortable 18 degrees. However the bike and run legs were not so lucky with the temperature rising to nearer 26 degrees and the heat bouncing back off the tarmac.

There were nearly 70 competitors in my wave representing countries from the world over.  Swimming is my weakest discipline.  This does have its advantages though since I tend to make up places on the bike and especially on the run and this can be very motivating! This competition was no exception and against some strong swimmers I came out of the swim in 21st place.  But after a slick transition (2nd fastest), and a fast and furious (drafting) bike leg and another slick transition, I made up 6 places to come out on to the run in 15th place.

I knew now that I needed to up the effort and that this was when the suffering really started but the rewards could be the greatest.  I was already at lactic threshold after a gruelling bike leg but knew that I had to go through the pain barrier (think Moorfoot evening interval session when Colin promises 7 x 3 min flat out reps but then takes us on to do two more!).  This really did pay off and 7 more scalps were taken to finish 1st GB, 1st European and 8th World (behind 6 home grown Canadians and one USA) and a finishing time of 1:23:55. That means automatic qualification for a place in the 2023 world champs in Hamburg, Germany, so I had better start planning for a tough winter of training.  Moorfoot will again give me the speed and strength in running to compete with the best triathletes in the world and finish on a high! Thank you Moorfoot for the training, camaraderie and motivation.

Overall verdict? A superbly organised race, the athlete guide itself was 95 pages long! Montreal is a first class venue and the city lovely and vibrant.  It was an honour to represent GB and compete against the best triathletes in the world and meet and talk with them (and you surely know that I can talk!) 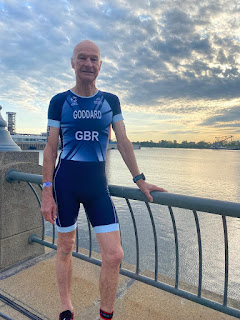 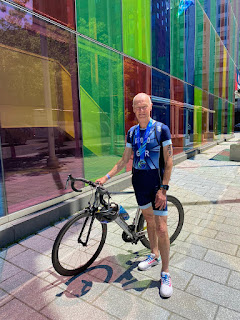 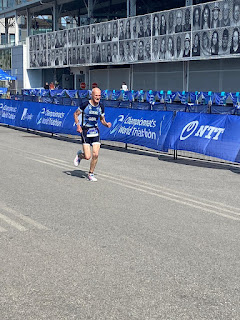 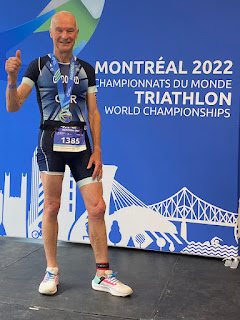 Posted by Mike Goddard at 17:46 No comments:

The 2022 edition of Eildon Three Hill Race took place on a stunning day and the race was expertly organised by Gala Harriers, and supported by the Tweed Valley Mountain Rescue.

It proved a very successful event for the five seniors racing. It was a stunning day and the race was expertly organised by Gala Harriers, and supported by the Tweed Valley Mountain Rescue.

Andy Cox won the race outright, and having recently become a veteran he also won the M40 prize. Jen Misak was second F40, Milan Misak was 4th overall, and along with Colin Williams 10th (4th M40) and Hamish Parkinson (5th M50) the Moorfoots also collected the men's team prize. All in all a very satisfying for those taking part.

Andy Cox, who has now won a trio of hill race this season with wins at Chapelgill and Yetholm, said "after about a decade of doing this race I'm delighted to win - to see the names on the trophy from the legends of hill running like Kenny Stuart and Mike McGovern, and to know that mine will be added is so satisfying" 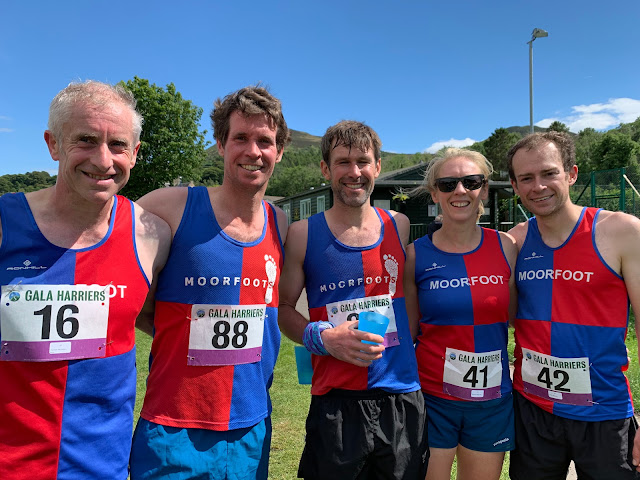 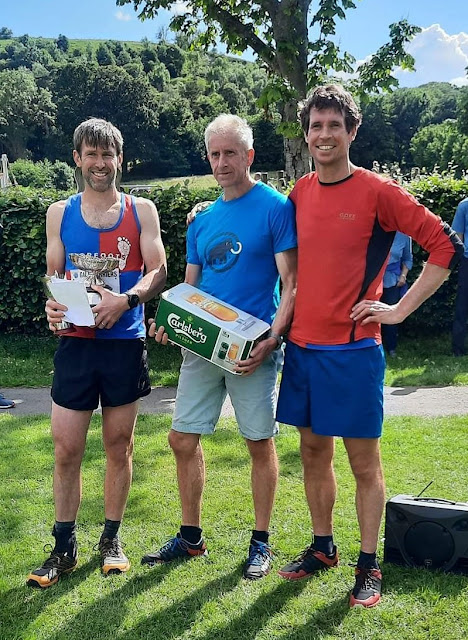 Posted by Colin Williams at 14:31 No comments:

This year's holiday for Gillian and I was too be on a new Island : Shetland.  Luckily we were going to be there over the Soltice (or Simmer Dim on Shetland) so we could participate in the Simmer Dim Half Marathon. 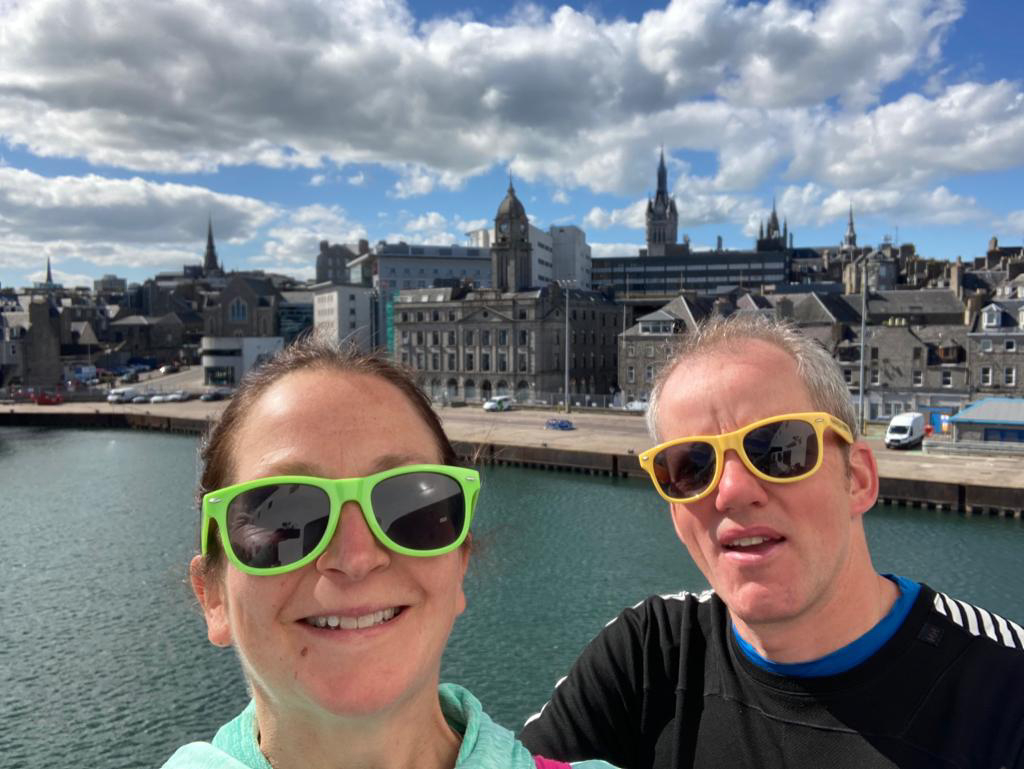 We left Aberdeen on Saturday evening 5pm for the 14 hour voyage to Lerwick on Shetland. The ship and cabin were very comfortable and the crossing not to choppy so we where on good form for the morning of the race on Sunday. 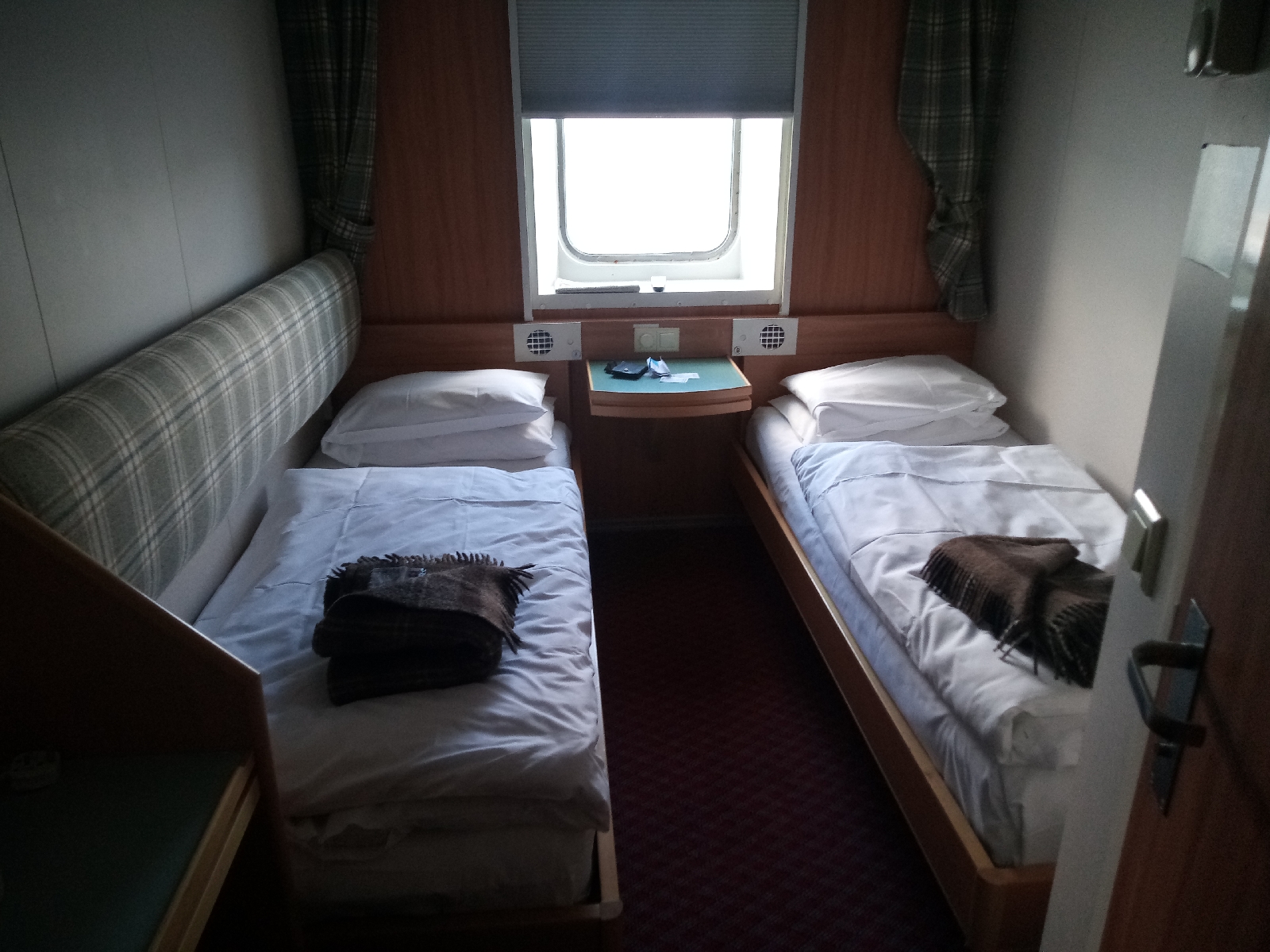 We cycled to the sports centre in Lerwick where we had arranged to meet a member of the Shetland AAC to leave our bikes and pick up our race numbers before heading to the bus stop to join our fellow runners to jump on the bus to the start at Cunningsburgh hall. 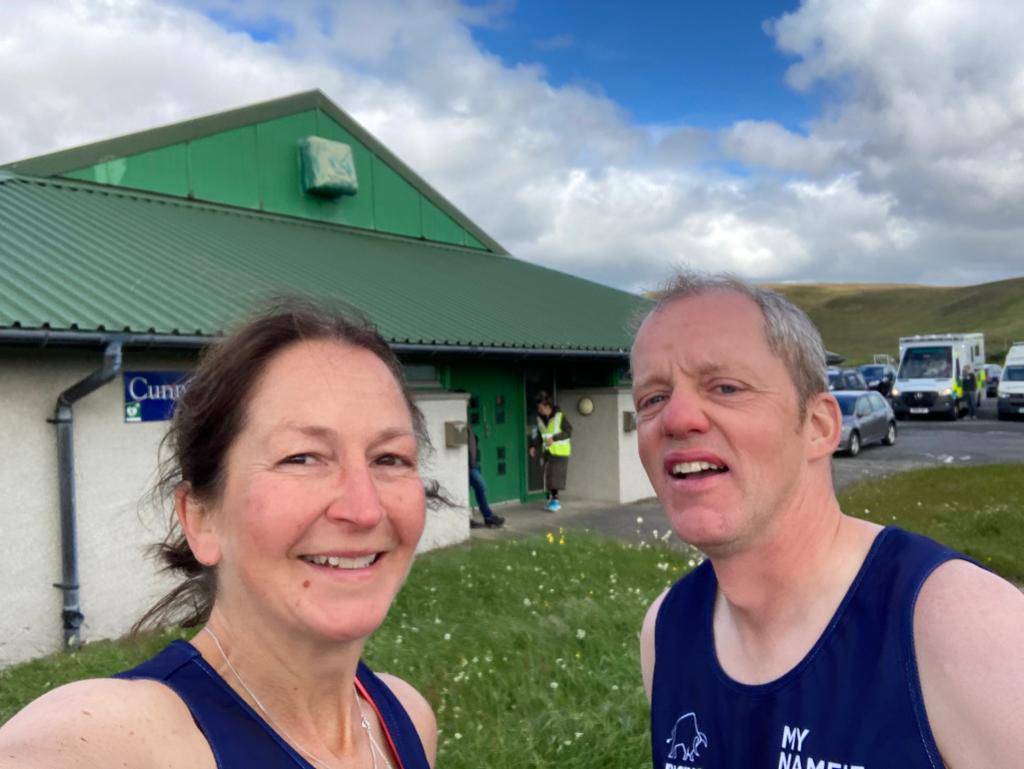 It was sunny but much cooler than home at the start of the race. A 4 mile loop on quiet roads before joining the main road back north to the sport center in Lerwick. Very tough run with some long climbs and some pretty heavy rain squalls made this a very challenging run. I overtook a few runners and then settled into a lonely run back to Lerwick. The race finished at the running track where we had a 400m lap of the track on the rain to finish.
Gillian and I both had great runs, I was 6th, 3rd vet and Gillian was 13th , 2nd female, 1st vet. 68 finished 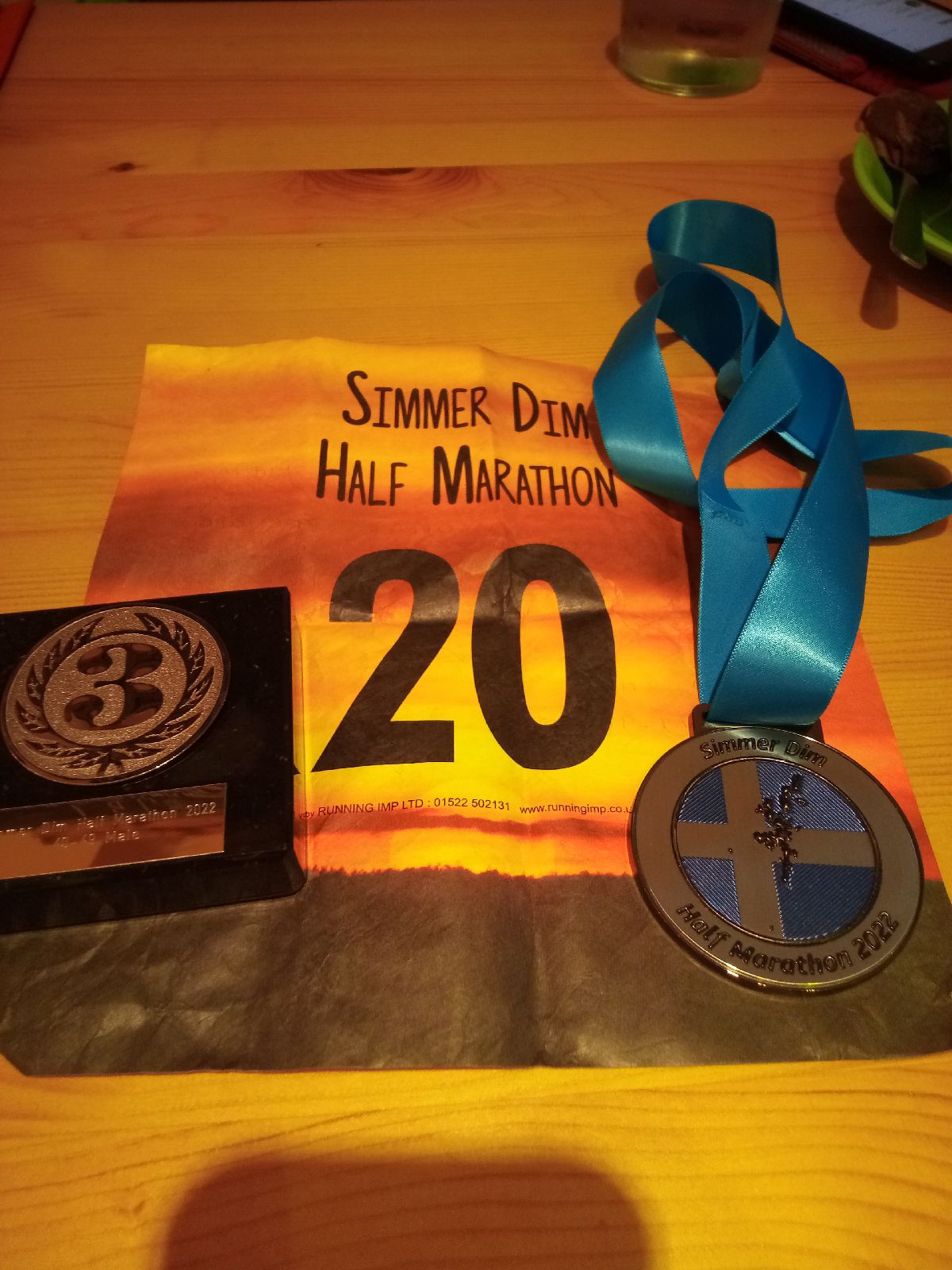 The guys at Shetland running club were incredibly friendly and looking forward to catching up with them at the Parkrun on Bressay Saturday.
Race results: 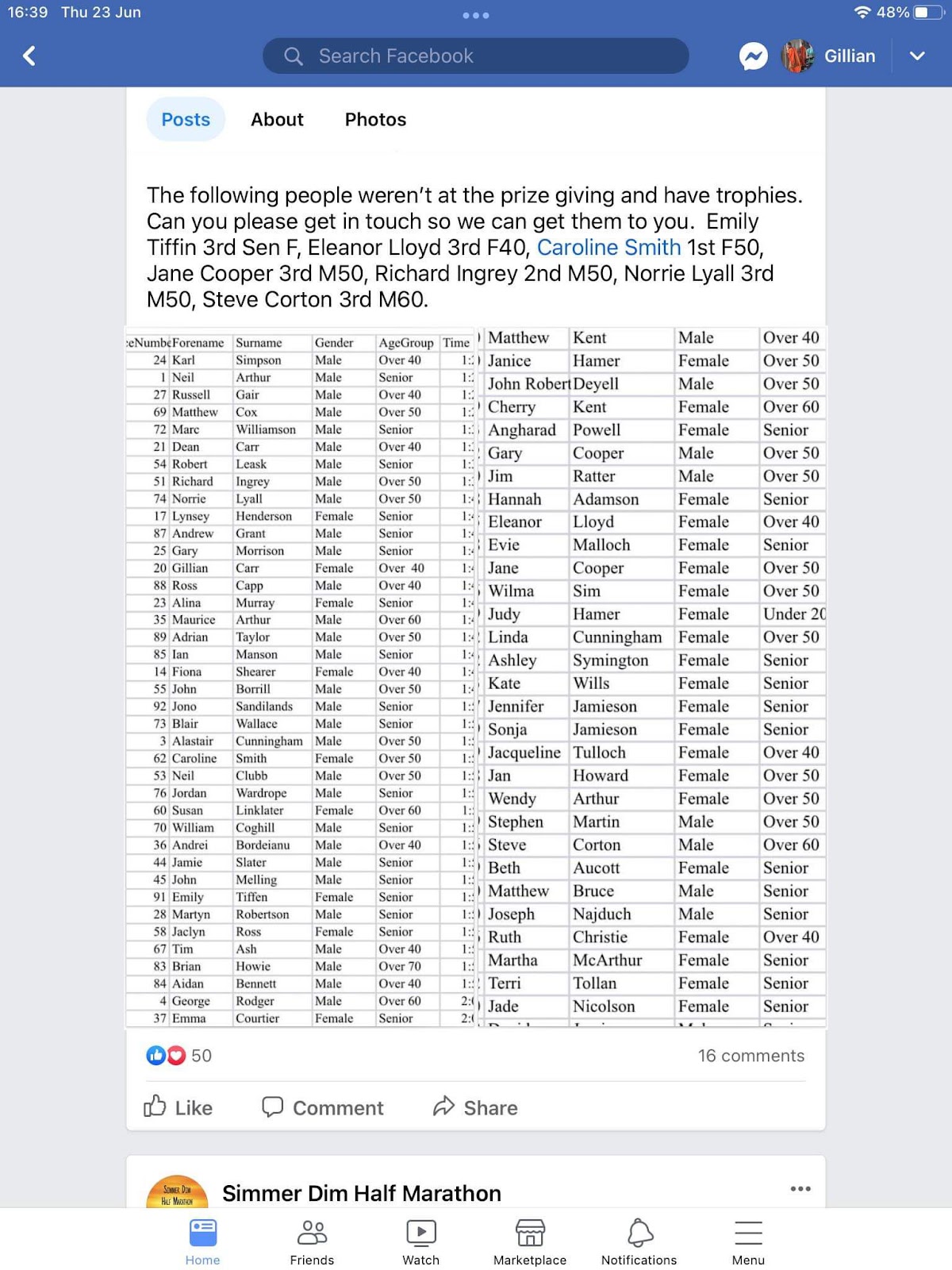 Mike Goddard competes for GB in the European Triathlon Championships

Here Mike recounts his recent experience at a wet and windy Championship race in Poland.

I just love triathlons, the thrill of the challenge, the stunning locations, the competiveness of three disciplines (swim, bike, run), and the ‘runners high’ at the end of the race. This time it was the European Olympic Distance Championships (1,500m open water swim, 40 km bike, 10 km run) at Olsztyn in the north eastern corner of Poland. After a gap of nearly three years with no overseas triathlon championships I felt woefully unprepared for a major race such as this and panic began to set in during the final few days – check lists prepared, covid documents submitted, accommodation booked, race schedule checked, kit packed and repacked, passport checked, training tapered, campervan restocked with essentials (beer, wine and … oh yes some food and water) ……

The 1,400 mile drive to Poland was an experience in itself and, in hindsight, probably not good preparation for a major race such as this.  However, the roads were mainly good and the experience of being overtaken at 200 mph on the German autobahn quite daunting.  Poland turned out to be a lovely country, mainly rural, with kind and helpful people and in places quite wild and remote.

But, oh dear, the weather on race day was a bit like a Scottish winter’s day.  The water temperature, at 11 degrees, was a tad cold, the air temperature at 11.5 degrees distinctly parky, and the wind a gale from the east (straight off the Russian Urals).  The day we arrived it was sunny and warm (see picture) but it soon clouded over and started raining by race day. So the race itself was a bit of a survival test and several competitors had to pull out with hypothermia. But then no one said it was going to be easy and I was lucky to be one of the survivors and came through as 6th in my age group (the ‘very old’ group of course!). The swim was a bit like ‘life on the ocean wave’, the bike was fast, furious, wet and windy, and the run – oh the run – nothing like a Moorfoot training session, or even a Borders Cross Country race, think a Tuesday night training session immediately followed by a tough cross country race.

All in all a tremendous experience, some lessons learnt (need warmer clothing for example) but so honoured to be representing GB.  Will I be back next year?  Well that depends on the qualification race in Woodhorn, Northumberland on 9 July so I had better get back to some serious training and hope that next year’s venue is somewhere a little warmer than Poland. 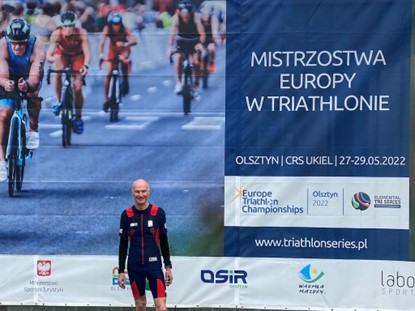 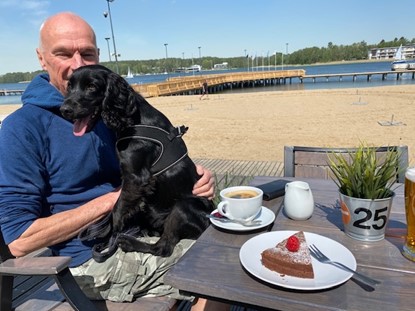 Posted by Colin Williams at 10:32 No comments:

The X62 bus leaves Peebles at 18:42, arriving in Innerleithen at 19:00 hours. There are two buses back from Innerleithen to Peebles at 21:22 and 21:52, should anyone from Peebles wish to have a beer after the run.

It will include a visit to the Cheese as you run straight passed it:


The Cheese Well is the name of a natural spring that has been an important drinking source for travellers and walkers passing by, but it has a more mystical history.
The Cheese Well got its name from travellers who believed that fairies offered a safe passage if they were to leave a small offering of cheese.
These days it is still traditional, however, travellers will often leave coins or other small tokens of food to placate the fairies. So look closely into the spring and you may see tidbits left from previous travellers!

The Cheese Well fairies are mentioned in Sir Walter Scott's 1806 'Minstrelsy of the Scottish Border, Vol. II', which is online at http://www.fullbooks.com/Minstrelsy-of-the-Scottish-Border-Vol-II-of3.html

A bit of local history!

Posted by Colin Williams at 00:33 No comments:

Some movement on the board with Tim closing the gap at the top following his Glen Lyon Ultra.  Points also awarded for the brave folk not getting lost in the fog at the Red Moss last week and also Robert Wilson the only Moorfoot running the Stitchill 10k (how was it ? I'm interersted Robert).  Sadly no takers for Traprain Law !!!!.  However lots more action coming soon with the Seven hills of Edinburgh.  I'm expecting great runs, the course has been well recce'd !!!!

Gillian and I will be away for 2 weeks (running the Simmer Dim Half Marathon on Shetland on the Soltice).  So maybe a while before I can update.